Last week the University of Rochester announced a very interesting update to the famous “Marshmallow Study”. In the original study, children were put in a room and given a single treat, after which the researcher left the room for a time. The children were told that they could eat the treat if they wanted to, but that if they waited until the researcher returned fifteen minutes later, they would be given a second treat in addition to the first. In follow-up studies decades later, kids who held out longer, despite the temptation to eat the first treat, were shown to have better “success” on all kinds of qualitative and quantitative measures.

In the study released this week, researchers showed that they could influence the wait times of children by manipulating the reliability of the researcher. In the “unreliable” case, researchers made promises that they failed to deliver on. In the “reliable” case, researchers made the same promises, but did deliver. Kids given the “unreliable” researchers waited for significantly less time than the average from the original study, while kids given the “reliable” researchers waited significantly longer, which findings suggest that an overall sense of the reliability of their environment heavily influences children’s tendency to delay gratification. 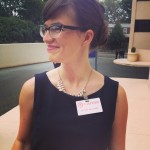